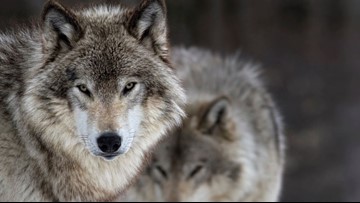 Not quite sure what IDFG is smoking, swallowing or shooting in their arms, but they have gone from an estimated 510 – 800 estimate for wolves in January 2019 to over 1541 the same year just a year later would lead a prudent Individual to believe they certainly have an awesome Drug Supplier.

“Fish and Game last year estimated Idaho had 90 packs. The agency doesn’t count individual wolves or provide an overall wolf count number. But it notes that a typical Idaho wolf pack has six to nine wolves — meaning about 540 to 810 wolves in the state”

“At the IDFG commission meeting on Wednesday in Boise, staff reported there were an estimated 1,541 wolves in the state during summer 2019. The estimate represents the peak population shortly after pups were born.”