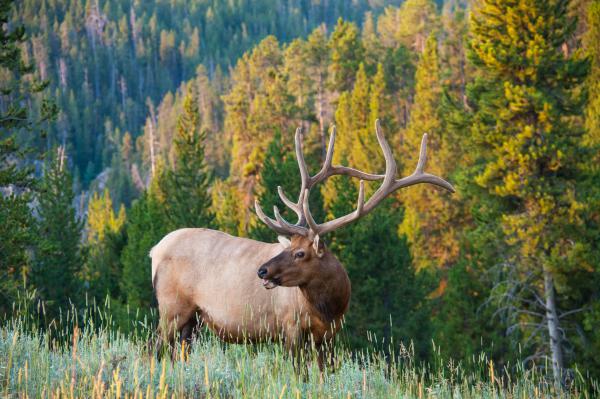 This particular case Law can help Us to Establish our Proposed “Sacred Resource Protection Zone” surrounding National Parks. Yes this particular case was for Hunting out of Season, however First Nations rights and or Resources can be protected on or off Reservations. Wolves are Sacred to the majority of First Nations. Join Us today to begin using this precedent setting case. They are concerned about it already being used. Lets give them something to really be worried about.

The U.S. Supreme Court reaffirmed Native American treaty rights in a narrow ruling Monday in favor of a Crow tribal member who argued he was allowed to hunt out-of-season on traditional lands in Wyoming.

The case stems from a January 2014 incident when Clayvin Herrera went outside the boundaries of the Crow Indian Reservation in Montana and harvested several bull elk in northern Wyoming.

Hunting big game animals during the winter is prohibited under Wyoming state law. The state government penalized Herrera and fined him more than $8,000.

But Herrera argued that he had the right to shoot those elk because of an 1868 treaty which allowed the Crow tribe to continue hunting on “unoccupied” lands outside the reservation boundaries in exchange for ceding most of its territory to the United States.

State trial courts, however, rejected Herrera’s argument and said the treaty language was invalidated once Wyoming was granted statehood in 1890 and took jurisdictional control of those lands.

But the U.S. Supreme Court upheld the original treaty rights in a 5-4 decision.

“Wyoming’s admission into the Union did not abrogate the Crow Tribe’s off-reservation treaty hunting right,” wrote Justice Sonia Sotomayor in the majority opinion. “There is no evidence in the treaty itself that Congress intended the hunting right to expire at statehood, or that the Crow Tribe would have understood it to do so. Nor does the historical record support such a reading of the treaty.”

The ruling reaffirms tribal sovereignty in the United States, according to Monte Mills, co-director of the University of Montana’s Margery Hunter Brown Indian Law Clinic.

“[This] may embolden tribes to pursue and assert these rights in other areas,” Mills said. “But they are still going to be subject to review and interpretation.”

Justice Neil Gorsuch, a normally conservative vote on the bench, sided with the liberal majority in the 5-4 decision. This is the second time this year that Gorsuch has championed treaty rights on the Supreme Court.