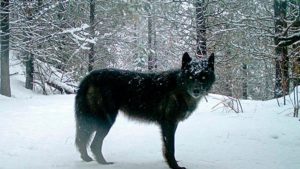 Scott Nielson needs to one, stop blowing smoke up the public’s you know what in the spreading of his B.S. totally Ridiculous Rhetoric! He appears to be a cast member right out of Grimms‘ Fairy Tales from the 1800’s.

One has to question why it is that they not only refuse to recognize the science that has proven every single step that they have made has only led to more losses on both sides. WDFWs leadership didnt even bother to stop the wolf advisory group members that were disrespecting Dr Robert Wielgus during a meeting.

Herein lies the source of the subject “The Old West Mentality” only cares about one thing, which is wiping out a Species in the same fashion they have done once already. However this time they have the use of so called State Agencies that refuse to follow their mission statement of applying the best available science. It is Truly telling that Directors Susewind, and Program Manager Martorello only concern is pandering to the Rancher Pressure and Damn the Public.

It is time to start bringing the needed changes to Our State Agencies. What does that entail?

Well to begin with, it will require getting precedent setting research into the courts, then getting Susewind and Martorello replaced for another, their lethal removal protocol halted until iut has been properly involved with public input, and a REAL Voice on The Wolf Advisory Group that doesnt roll over, give in, or give up because that is what they have become nothing more than parrots that regurgitate the position of Washingtons Pandering Officials.

A recent announcement by the Washington State Department of Fish and Wildlife that it plans to “incrementally” remove wolves from the Old Profanity Wolf pack is not being welcomed by the Stevens County Cattlemen’s Association who believes the pack needs to be culled.

The Old Profanity wolf pack has attacked over 20 cattle in the last year, killing at least 13. The recent WDFW removal order from WDFW is a continuation of an effort last year to remove the pack due to its chronic pattern of attacking cattle, despite numerous non-lethal methods taken by producers.  However, WDFW only removed two wolves last year.

WDFW cites their “incremental” removal policy is done in an effort to “change the wolves’ behavior.”

However, WDFW’s efforts are actually ensuring that chronically depredating packs are never fully removed and can rebound to create more damage for ranchers, according to SCCA.

“We are having more problems than other states with wolves because we are allowing cow-killing wolves to breed,” said SCCA President Scott Nielsen.
“This ‘incremental’ approach has not worked from the beginning and is still a failed policy.”

In addition to the hardship and economic damages wolves are causing ranch families, Nielsen said the wolves are changing the behavior of other predators in the area, including bears and cougars.

“We are seeing increased numbers of bears and cougars coming down into people’s pastures and near their homes looking for an easy meal due to the increased competition from wolves,” Nielsen explained. “This situation means that if you live in rural Washington, you live in fear. You don’t go out into the woods or by rivers and meadows without something to defend yourself. You worry about your kids and pets outside. This is wrong—our residents should not have to live this way.”