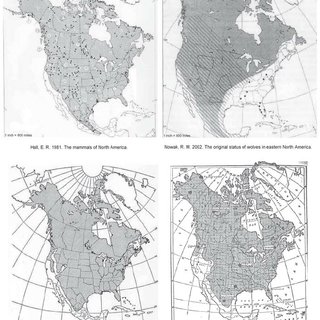 For Those that didnt think that Gray Wolves ever resided in Alabama 😉 Wolf habitation from the old days is largely taken from Trapper stories or the like. Without the ability for anyone today to have been there, they realistically can not say that wolves never inhabited states like Alabama. According to the Rocky Mountain Elk Foundations page, prior to the takeover by their current director, RMEF stated that 2 million Wolves once resided in North America and Ungulate herds were healthier then than they are now.