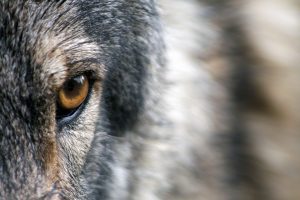 Evidently, WDFWs Susewind speaks out of both sides of his Mouth. He has said once already that the Togo Pack Lethal Removal was put on hold, this week he says it’s ongoing. Washington’s Wolves need our Path and Research in the Courts. Our Allotment closure Research will be precedent setting but we need your Help to get it into Policy. Join The Movement Today to see positive change.
Publish date
Sep. 6, 2019

This is a weekly update for the Togo pack following the lethal removal authorization by WDFW Director Kelly Susewind on Aug. 9.

WDFW has not removed any wolves since the authorization. The lethal removal period is currently ongoing. Since the last weekly update on Aug. 30, there has been one additional depredation investigated and confirmed in the Togo pack territory.

On Aug. 31, WDFW investigated an injured calf on a U.S. Forest Service allotment in the Togo pack territory.

The calf had bite lacerations and puncture wounds to both flanks, both hamstrings, the udder, groin, and ear. The investigation revealed hemorrhaging and swelling as well as soft tissue damage in areas adjacent to the bite wounds. The attack on the calf appeared to be less than 12 hours old when discovered. The combination of bite wounds and lacerations with associated hemorrhaging were consistent with wolf depredation. The calf was treated for the injuries and will remain on private pasture.

On Aug. 9, WDFW Director Kelly Susewind reauthorized the lethal removal of the two remaining wolves from the Togo pack in response to repeated depredation of cattle on grazing lands in the Kettle River range of Ferry County under the guidance of the state’s Wolf Conservation and Management Plan and the lethal removal provisions of the department’s wolf-livestock interaction protocol. This is the third time (Aug. 20, 2018, Nov. 7, 2018, and Aug. 9, 2019) Director Susewind has authorized lethal removal in the Togo pack since a pattern of depredations started on November 2, 2017. The Department removed one wolf on Sept. 2, 2018 under a previous authorization.

The Department has confirmed eight depredations by the Togo pack in the last 30 days, nine in the last 10 months, and 16 since Nov. 2017. During one of those depredations, a livestock producer shot a wolf in a caught-in-the-act scenario where the producer responded to a wolf depredating their livestock. Depredation activity and agency wolf removals are summarized in each monthly wolf update.

WDFW will keep the public informed about this activity through weekly updates. The next update will be on Sept. 13.