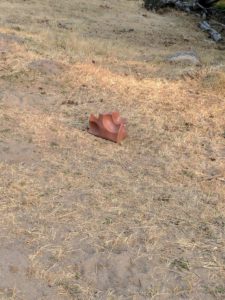 Protect The Wolves™ has invited  All  NGOs to sign onto a complaint that will be submitted Monday August 26th, 2019 to close Grazing Allotments.

Protect The Wolves™ questions Why our Elected Officials, as well as USFS Management Officials continue to be derelict in their Duties as it appears to a prudent Individual.  It would seem that under the Mandates upon them under the “Public Trust, as well as Native Trust”…. that they would have to demand that this Rancher lose his Grazing Allotments. “Otherwise their failure to do so will make them as Guilty as the Rancher is, and now as Guilty as WDFWs Susewind, and USFS Pena is for denying an already approved closure. What sort of elected official, or USFS Manager would want that hanging over them?  Pena evidently didn’t care, this is now a HUGE Black eye on his role at the USFS”. Says Patricia Herman President

“Pena is already Guilty of stopping the closure of 1 Allotment called the LeClerc Allotment that Rodney Smoldon had approved for The Kalispell Tribe based on Tribal Cultural Resources. Protect The Wolves confirmed their in-actions when we contacted the Tribe on 8/19/2019 and spoke with their Wildlife Manager Ray Ance. It has been over a year now since Penas Reversal with no action, and now a new Regional Supervisor Glenn Casamassas has failed to address this violation of Tribal Trust Responsibilities that Protect “Cultural Resources”.” Says Roger Dobson Director of Tribal Cultural Relations

Protect The Wolves™ wants to make 1 think perfectly clear. Ranchers as well as their Livestock are nothing more than an “invasive Species” to Your Children’s Landscape. They should not be allowed to degrade your Children’s Resources any longer. Join Our Movement to get them Terminated https://continuetogive.com/protectthewolves

On August 20, 2019 Elected Officials, WDFW, and the USFS to Consider being put on Notice of these requested closures to come of not only Ranchers Allotments, but as well as the LeClerc Allotment that was originally requested by the Kalispell Tribe. This is considered a direct violation of the Tribal Trust Responsibility that the USFS operates under for what Traditional Practicing Native Peoples hold as Culturally Sacred.

Refusal to act can, and May end up in a commercial Lien Process for your refusal to protect Your Children’s Resources which is not waive-able by any Judge in the Land as requested by some of Our Tribal Endorsers. This path is now Under Investigation.

See Complaint Subject to edits and or still Prior to Submission: