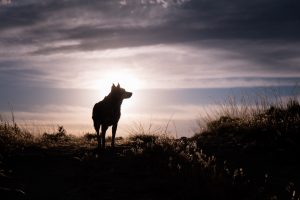 WDFW Director Kelly Susewind
needs to read their own Mission Statement. “To preserve, protect and perpetuate fish, wildlife and ecosystems while providing sustainable fish and wildlife recreational and commercial opportunities.”
It is past time that McIrvins Allotments are closed in the best interest of all our childrens Resources. The USFS can do this. We have submitted multiple Petitions in hopes they would actually do so. However they refuse to even discuss our petition requests at Wolf Advisory Group Meetings.
Susewind is not fulfilling the mandates under their Mission Statement. He is only destroying The Publics resources to appease Ranchers. The Attorney General claimed in court that wdfw does not manage the land as well as claim that they can not close McIrvins Allotments. We agree with their statement, However The Director can call on the Forest Service to do just that.
Neither WDFW or the USFS are managing Our Children’s Resources properly by using the best available Science. Dr. Robert Wielgus s Research has shown them that what they are doing is only leading to more Depredations.
Publish date
Aug. 16, 2019

This is a weekly update for the Togo pack following the lethal removal authorization by WDFW Director Kelly Susewind on Aug 9.

No wolves have been removed by WDFW since the authorization. The Department’s lethal removal period is currently ongoing. There have been three additional depredations investigated and confirmed by the Togo pack in the last week.

On Aug 9, WDFW Director Kelly Susewind reauthorized the lethal removal of the two remaining wolves from the Togo pack in response to repeated depredation of cattle on grazing lands in the Kettle River range of Ferry County under the guidance of the state’s Wolf Conservation and Management Plan and the lethal removal provisions of the department’s wolf-livestock interaction protocol. This is the third time (Aug 20, 2018, Nov 7, 2018, and Aug 9, 2019) Director Susewind has authorized lethal removal in the Togo pack since the pattern of depredations started on November 2, 2017. The Department removed one wolf on Sept 2, 2018 under a previous authorization.

Livestock producer 1 referenced in the Aug 9 public notice is the owner of the three calves investigated on Aug 11.  Livestock producer 1 removes or secures livestock carcasses to avoid attracting wolves to the rest of the herd, calves away from areas occupied by wolves, avoids known wolf high activity areas, and monitors the herd with a range rider. A WDFW-contracted range rider has been working with this producer since May.

The Department has documented six wolf depredations by the Togo pack in the last 30 days, seven in the last 10 months, and 14 since Nov 2017.  During one of those depredations, a livestock producer shot a wolf during a caught-in-the-act scenario where the producer responded to a wolf depredating his livestock.  Depredation activity and agency wolf removals are summarized in each monthly wolf update.

WDFW will keep the public informed about this activity through weekly updates.  The next update will be on Aug. 23.